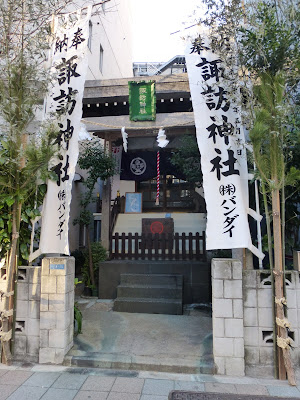 We arrived yesterday (30th December) and everywhere there are preparations for New Year.  This small shrine is near our hotel, and has pine and bamboo decorations called kadomatsu flanking the entrance.  Kadomatsu can be small or quite elaborate. 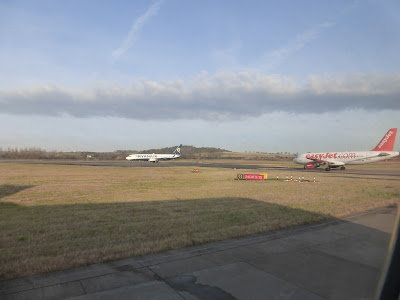 We arrived, but our luggage didn't, because flights going into and out of Schiphol were delayed due to fog on the 29th.  The weather was good at Edinburgh, and all the way down the east coast. So the time between our flights ended up as about half an hour, which wasn't enough time for our checked in baggage to be transferred.  It is due to arrive at our hotel at 12 tomorrow, even though it is New Year's day. 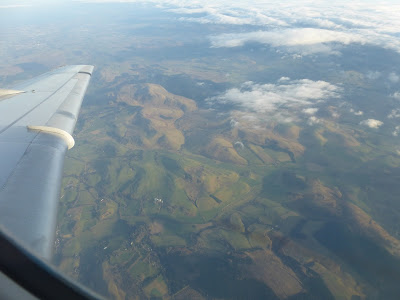 This was the view at Schiphol - no airport! 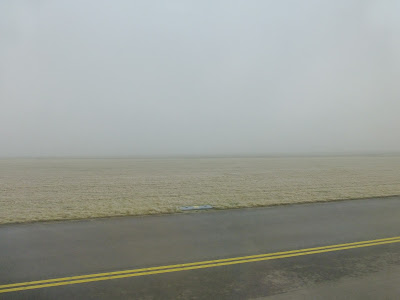 It was clear again coming into Tokyo. 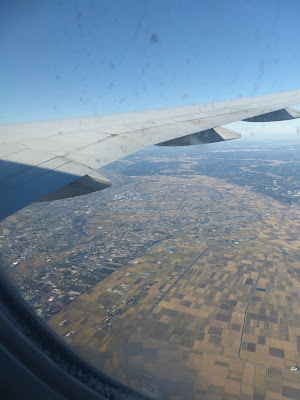 Glyn outside the hotel.  Mystays is a chain, with small but well set up rooms that are more like apato (small apartments), as there's a fridge and microwave, so you can cook in the room if you like.  This one is near Kuramae station, so it is convenient for Asakusa, where we will be going this evening to hear the temple bell ring in the New Year. 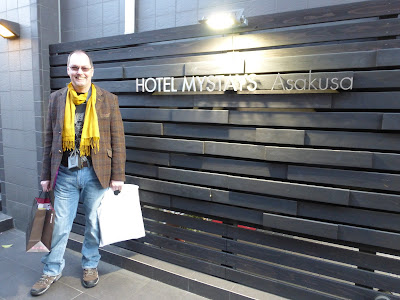 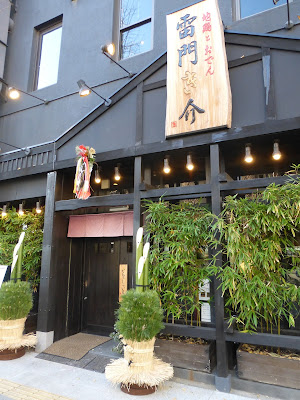 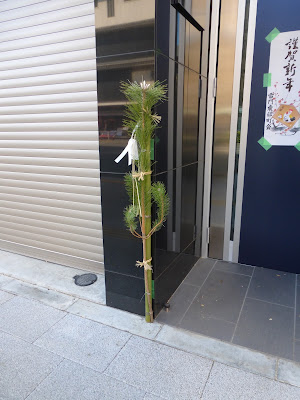 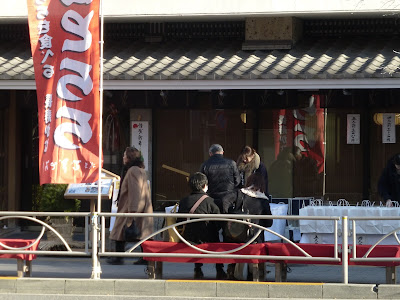 We walked along the Sumida river to Kototoi bridge this morning, and will return to Ushijima shrine in Sumida Park for hatsumode tonight, after going to the Sensoji temple to hear the bell rung 108 times for New Year.  I will also get hamaya or a 'breaking demons arrow' at the shrine. 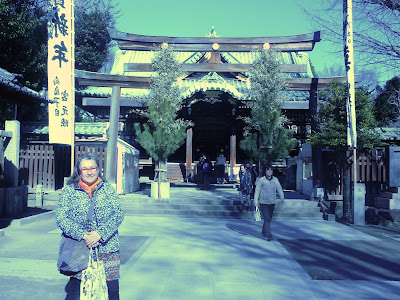 We were quite close to the Tokyo Skytree, but didn't go up it. 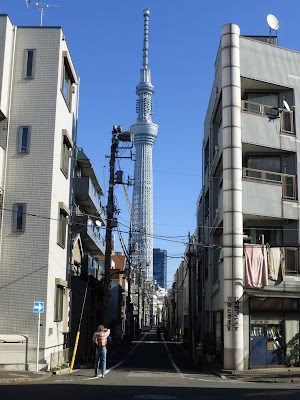 A map of Sumida - 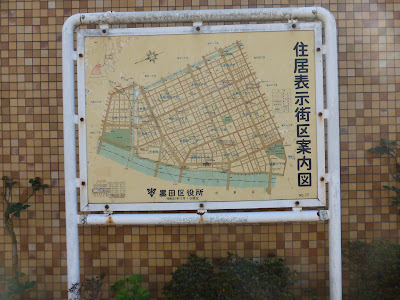 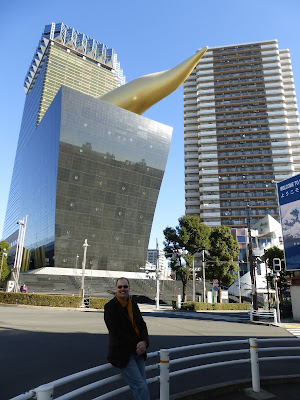 Camellias are in bloom everywhere. 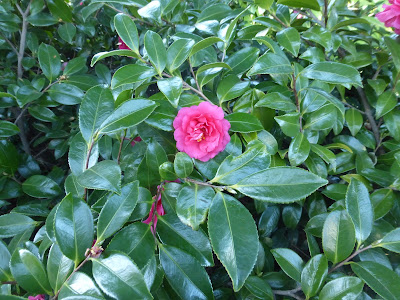 We called in at the Amuse Museum shop on our way back via the shopping streets near the Nakamise-dori, where we had lunch (away from the Sensoji, in less touristy areas, a lot of places have closed for New Year).  It got these excellent books about Taisho kimono design and meisen kimono. 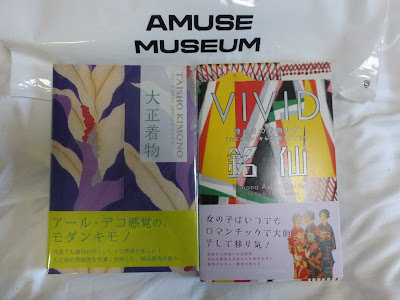 A bilingual book about hanten and happi has some rather interesting information about the true identity of Edo era sashiko firemen's hanten - it turns out they were not worn by firemen at all.  The small book is a handy little moncho or crest book, which I can keep with my teaching things. 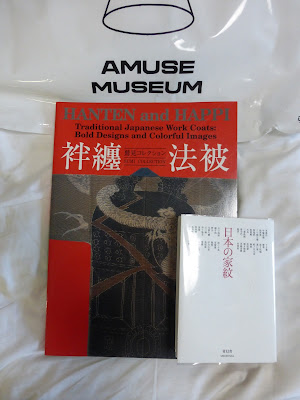 We quickly called into Yuzawaya to get some books with patterns for hanafukin (decorative cloth) sashiko designs too. 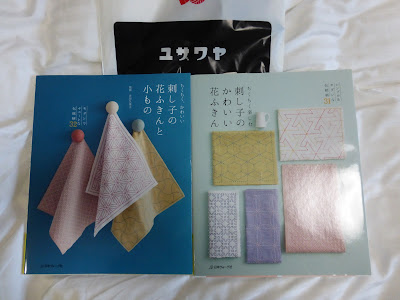