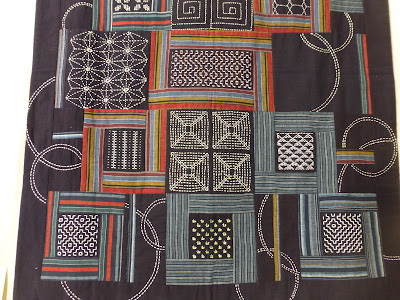 We had an excellent weekend at Harrogate and now the sashiko samplers are hanging at the next Spring Quilt Festival at Duxford this weekend.  I won't be there, as I'm going to the SECC on Sunday to help my City & Guilds tutor Gillian Cooper on her stand/gallery space - say hello if you're there!  I keep saying I'll take a stand at SECC myself, but something seems to get in the way every year.  Maybe next year? 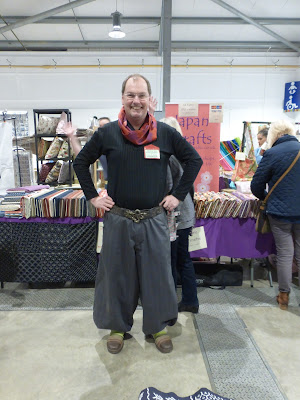 Glyn got to wear his infamous Japanese carpenter's trousers again at Harrogate... with his patchwork boots!

Here are some detail photos from the samplers.  I will post photos of the whole exhibition when it comes back. 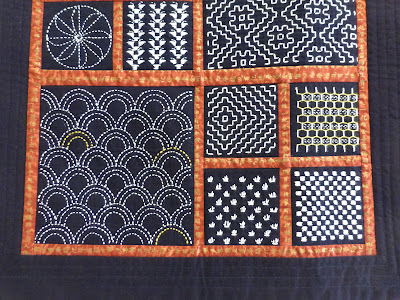 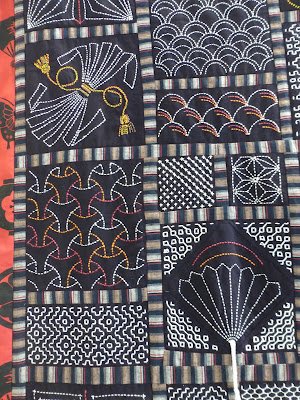 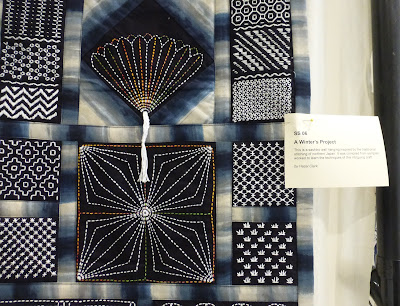 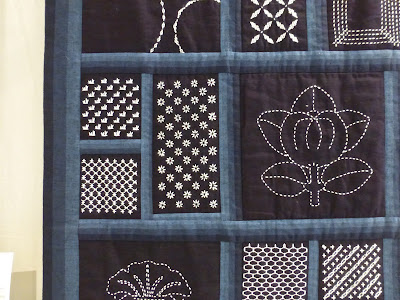 My new stock of the amazing Tulip sashiko needles arrived with Glyn on Friday night, so we had them onsale on Saturday and Sunday.  On Friday, we used Olympus needles in the workshop, because I'd run out of Clover, and the difference between the Olympus and Tulip needles was incredible.  Stitching sashiko with Tulip's needles is like a knife going through butter.  I must get some of their other needles as well on my next order, as the combination of Tulip needles and a wool wadding for traditional British quilts is going to be amazing.

My Clover stock got mysteriously held up in the post, so much so I actually thought my order e mail had got lost in the ether!  But now I have the Clover sashiko needles, white marking pens and Chaco paper back in stock.  The order was sent out on February 21st and was only delivered today.  Very strange. 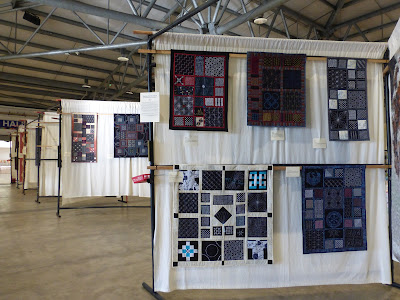 There was a lot of interest in my 'Sashiko in Stockton' course at the Harrogate show, and places are filling up fast.  I've got a few more e mails I need to reply to, which I'll try to get done asap.  We have postponed the course in Perth as we haven't had many bookings, so it looks like it will run later in the year instead.  I'm working on some projects for a couple of books Thames & Hudson are publishing for the V&A, so that is keeping me busy right now, but they have to stay under wraps at the moment...
Posted by Susan Briscoe at 16:11