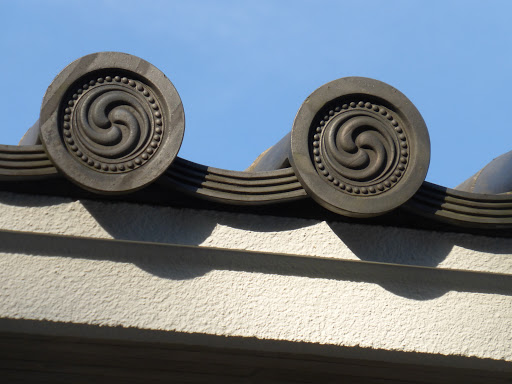 Kamon, Japanese (family) crests are a wonderful design resource that I have used a lot for sashiko. I wrote an earlier blog post about them here, but since then I've taken many more photos of kamon on trips back to Japan, so here are a few. The one above, from a temple in Kyoto, is a variation on the tomoe comma kamon, with four commas, while the one below has three. The simplified triple version of mitsu tomoe is one of the crests included on my 2019 sashiko kamon panel for Olympus Thread Mfg. Co. 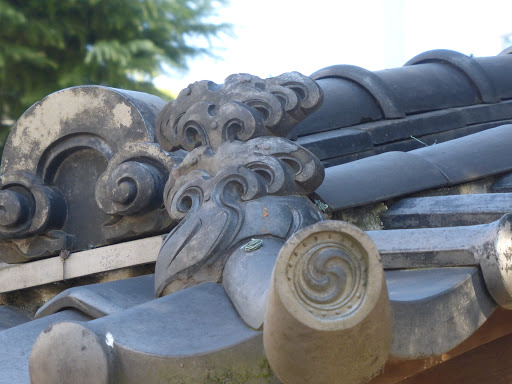 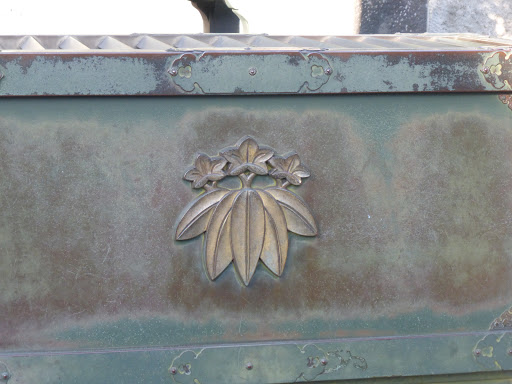 As well as families having their own crests, temples, shrines and companies do too. The one above is from the offertory box at Kōtoku-in temple in Kamakura, the temple where the Great Buddha of Kamakura is located. It combines Chinese bellflowers with bamboo leaves. 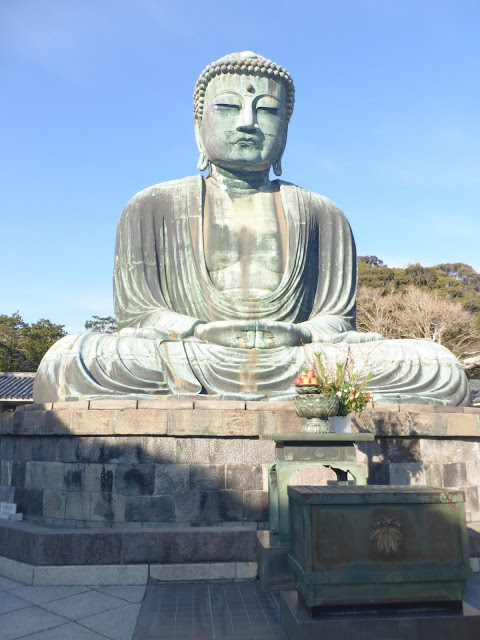 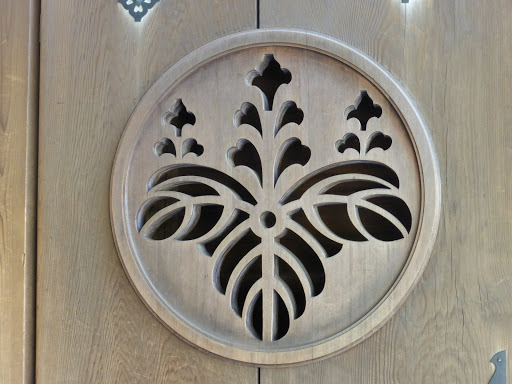 This striking version of the Tokugawa kiri paulownia crest is from the doors into the main enclosure at Meiji Jingu shrine, Tokyo. 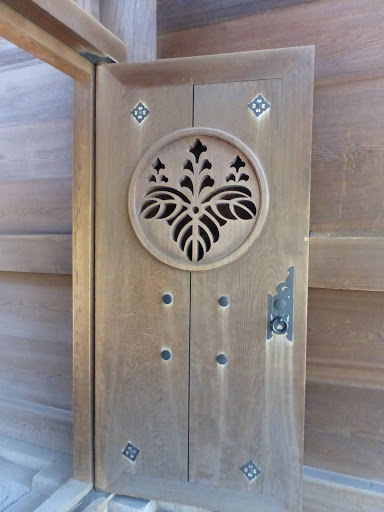 This splendid variation of the chrysanthemum kamon is on the opposite door. Although it looks a little like the Imperial kamon, it has a different number of petals. 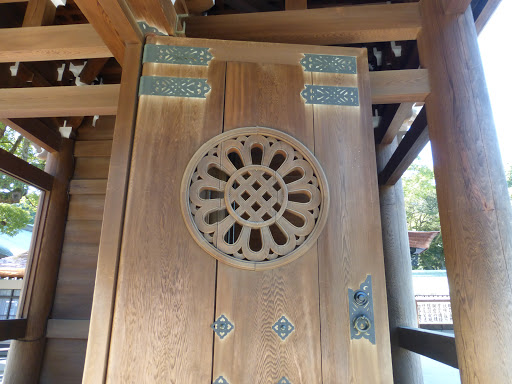 This lovely antique tsutsugaki (rice paste resist) furoshiki wrapping cloth from my friend Chie Ikeda's collection has a triple ivy leaf kamon, the same one I have on an antique sashiko furoshiki, surrounded by the takarazakushi or collection of treasures motifs. 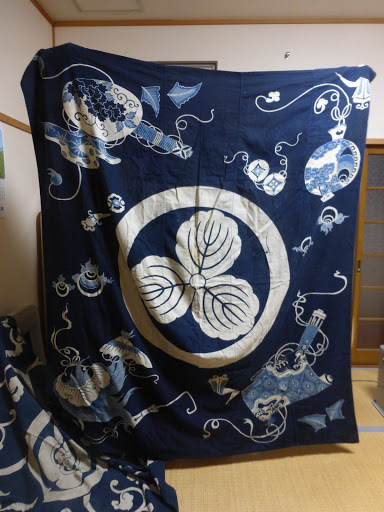 It is the same as the kamon used by the Aoyama family, who owned a magnificent mansion in Yuza-machi (there are some pictures of the house in this blog post).  This noren door curtain is from that house. 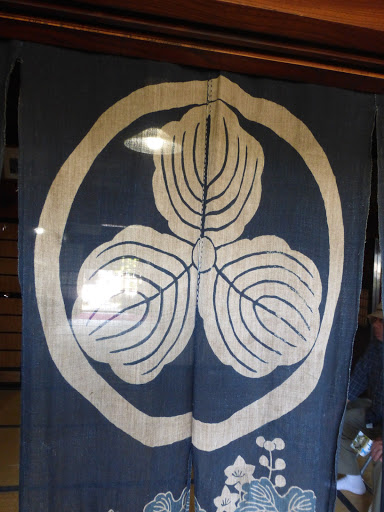 This shop shutter in Asakusa, Tokyo, has the tachibana citrus flower crest, one of the smaller crests on my 2019 kamon panel. 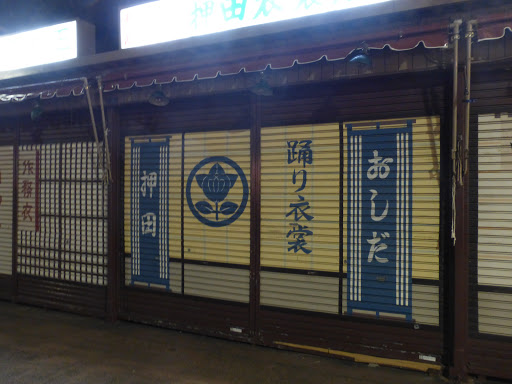 Kamon are such bold designs, and they suit sashiko really well. I will be posting photos of my first sashiko stitch along kamon crest blocks very soon!

I love this post - beautiful kamon - some I've seen but many I haven't. It may be time for me to make another sashiko sampler. Your "mix and match" book is one of my favorites!